A Trip to Hell & Norwegian Wines 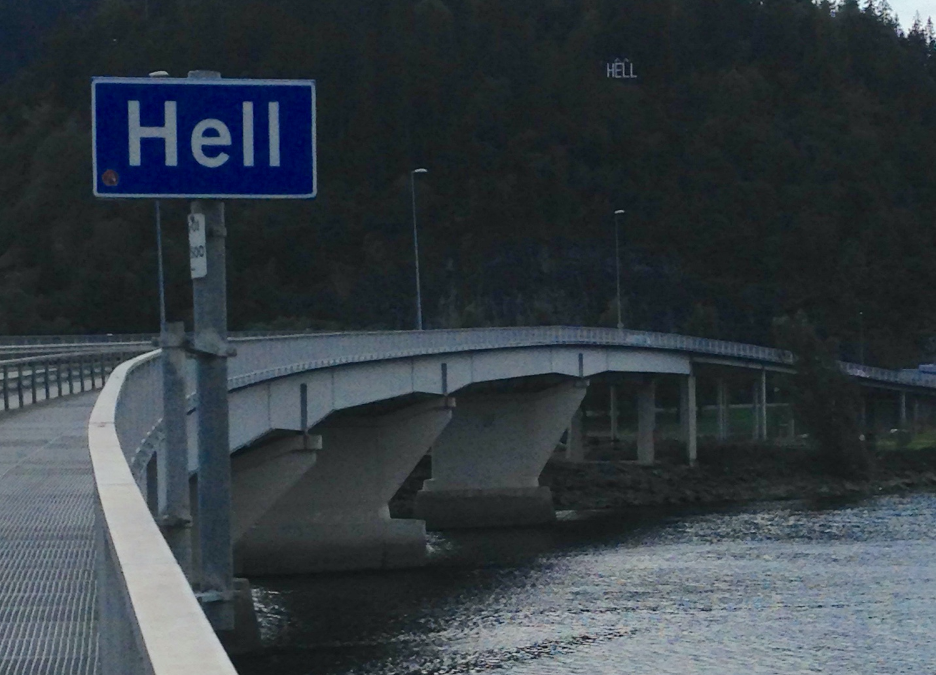 As I was reminiscing my favorite wine trips over the years, I realized that five years ago this week, I had the opportunity to pay a visit to Hell. Did you know that it is too cold in hell to grow a vineyard? It was a quick trip really, and when I arrived in Hell, I visited the train station where the train in operation is called “God’s Expedition.”

While stationed in Germany in 2015, I had the opportunity to take a quick trip to Trondheim, Norway. Just outside of the airport, there is a little city called Hell. It’s not often that you get to say that you made a visit to Hell, so of course, I had to check it out! It turned out that it also wasn’t far from our hotel so you could walk, run or bike your visit to Hell. The highlight of this tiny town (and the only part of this town) was a small working train station where the sign “Hell” hung above the door, and on the train platform the name of the train in and out of Hell was “God’s Expedition.”  I thought that was very creative and became quite the tourist attraction, as you can imagine. Anyway, I lived through my trip to Hell and went on to learn much more interesting facts about the wine culture in Norway.

Norway has a quite a few wine bars in their larger cities for a country with very strict alcohol laws. Not surprising, the cold Norwegian climate does not allow for the growth of many vineyards that they can call their own. Though in the Southern parts of the country there are two small vineyards that have been producing wines successfully for years. I think it is interesting that any vineyards can survive in the cold climate, however these vineyards get tended to by very passionate and determined owners who understand what it takes and how important it is to protect the vines during the harsh and very long winters. They also know how important it is to plant the vines in exactly the right location to ensure maximum warmth and sunlight during the short, warmer seasons.

The vineyards of Norway are located along the 58th and 59th parallels, which is where the geographic features are critical to creating a climate around the vines that would allow them to grow. One vineyard was planted on steep, south-eastern facing slopes near the Oslo fjord while the second vineyard was planted facing the North Sea. The fjord and the ocean breeze provide warmth and the steep slopes provide the best opportunity for the vines to get the least amount of frost and the greatest chance for maximum production of grapes. Even still the vineyards produce enough grapes to make only a few hundred bottles each year.

Even more interesting, these “northernmost vineyards” primarily grow the hybrid grapes called Solaris (white, dry, fruity wine), Rondo (ruby-red, dry wine) and Cabernet Cortis (colorful, dry red wine with vegetal characteristics). Also grown is the occasional Pinot Noir. You may have never heard of these grapes and that is not uncommon as these varieties were developed to be resistant to the cold, humidity and disease that is prominent in vines growing in northern cold temperatures and climates. However, though the varieties are rare, the wines are in high demand every year due to the small numbers produced, making them a rarity.

At Wine Culture, I will do my best to feature some Norwegian wines to add to the unique collection of boutique wines that we will offer.  And you should make  it your mission to hunt them down and have bragging rights for tasting a wine from the most Northern vineyards of Norway – not many can say that! While you are there, you might as well travel up north too and have your experience visiting Hell. 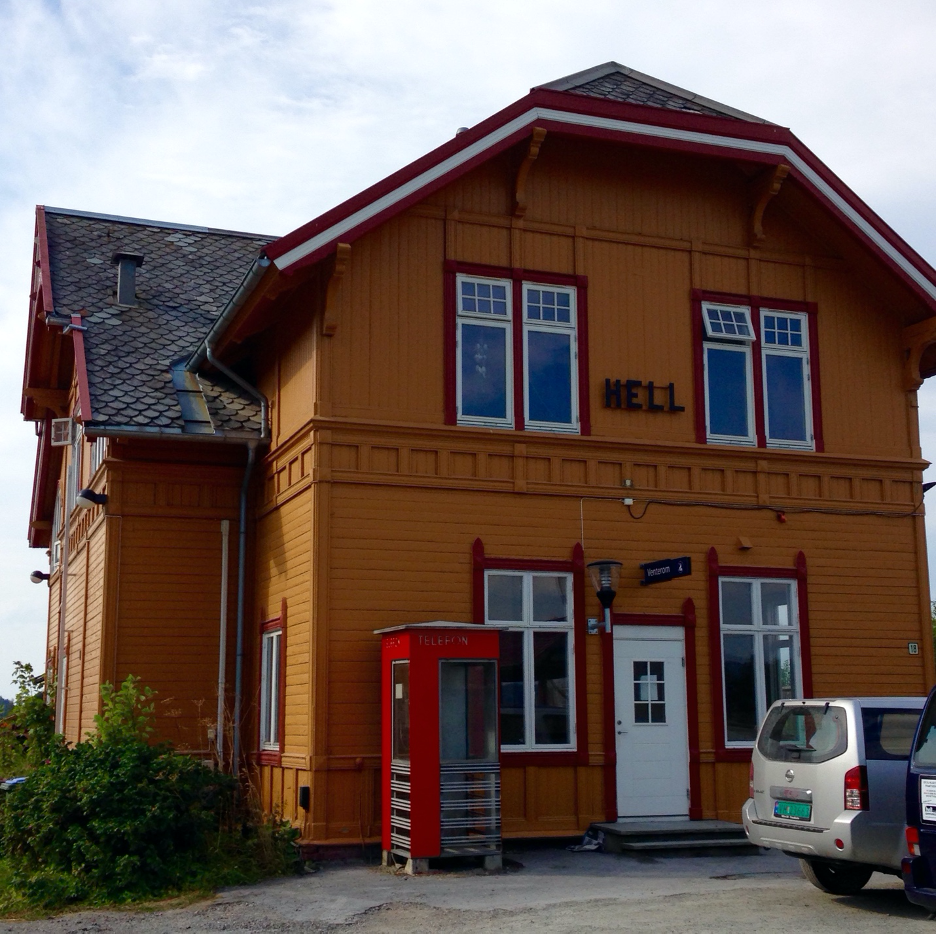 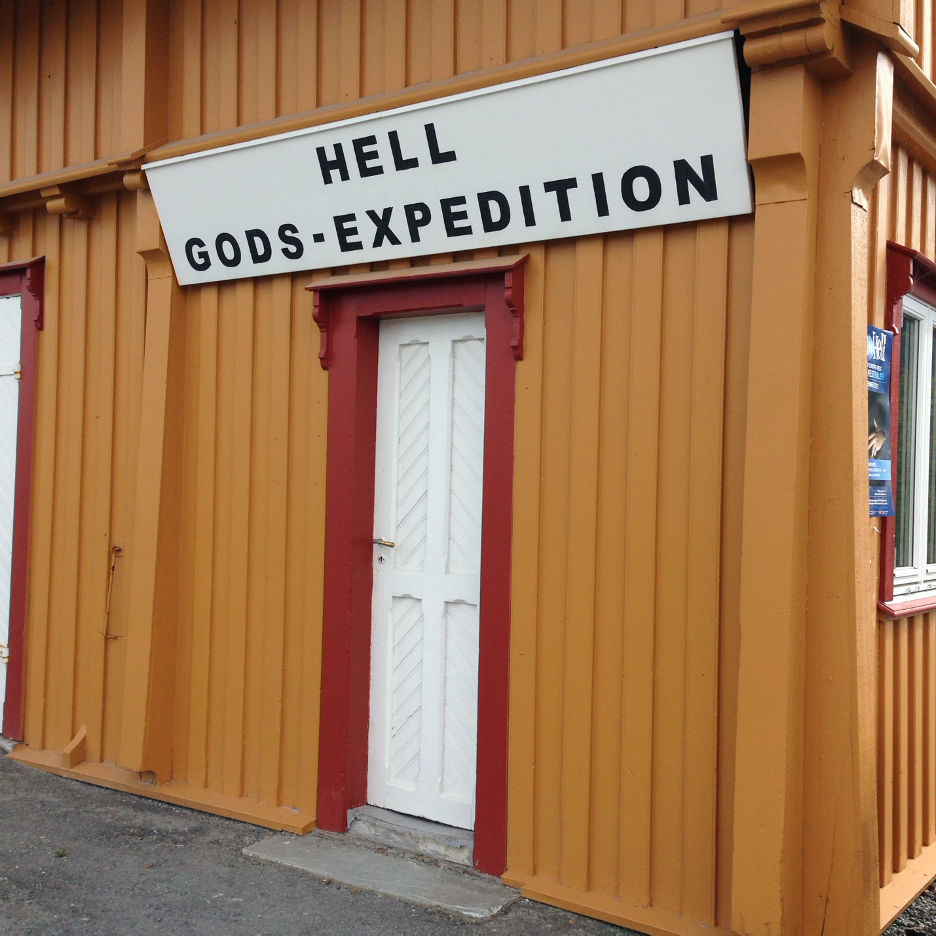